Programmers are the Wizards of the Digital Era: the builders of a magical future.

India is known as the cradle of civilisation, positioned at the top of the pyramid until recent times, slipping from the place during the industrialisation and computerisation ages.

But India is catching up with the world. Realising the constantly changing face of the digital world, Indian Government’s Digital India and Make in India initiatives have propelled the nation in the upward direction.

Several studies have assessed the effect of learning how to code in primary school children – categorised between the ages of six and thirteen. It has been noted that coding in school has become a popular field of study with a steady rise in student coders. This trend also led to India kids making a mark in the coding world.

Dr. R. S. Praveen Kumar, the secretary of Telangana Social Welfare Schools, had a vision to bring a futuristic coding curriculum to children from underprivileged and rural backgrounds. Addressing this growing need, Secure Space came up with a curriculum designed to teach the essence of computer programming and coding to kids who haven’t seen a computer.

The Dream Project, Mission Code was started to provide a platform to bring well deserving students from Government schools to the forefront of computer technology providing them with a chance to also join the ever increasing students coders family.

As a part of a strategic mission, Mission Code objective for the school students is, not to teach the children how to code, but to help them to teach themselves how to build technology as solutions to problems.

Fun, engaging, no-device involved, activity-based classroom demonstrations of the functionality of a computational device and all the important aspects of coding. .

Help kids identify a problem and create a self sustainable solution. This step involves defining, ideating, planning, building and then finally, testing their solutions to their chosen problems.

Enabling the children to represent their solution in a professional way through flowcharts and algorithms. The kids are also taught different methods to find solutions, including sequential, decision based and repetitive solution finding.

Encouraging kids to apply these algorithms and flowcharts to show the solution in academic fields like mathematics, physical science, biology and social studies.

Learning how a programming language works and learning how to make computers perform tasks. Python is introduced to the kids to write code, where they are not only taught how to write a code but also understand what happens and what a computer does when a line of code is written.

Learning how to work with microprocessors and sensors to create innovative project prototypes like smart farming, improved solar panels inspired by sunflowers etc.

We aim to teach the Computer working Knowledge and coding through the following processes:

Started with the vision of building an outstanding Government supported educational institution, Secure Space aims at providing value based, high quality holistic learning for marginalised children on par with other advantaged children in the world.

Since inception, we have successfully completed the Mission Code training program in around 50 TSWREIS (Telangana Social Welfare Residential Educational Institutions Society) and TTWREIS (Telangana Tribal Welfare Residential Educational Institutions Society) across different locations of the state. 200 students from grade 6 to grade 9 have been shortlisted as a part of the training program, with over 10,000 students trained successfully. 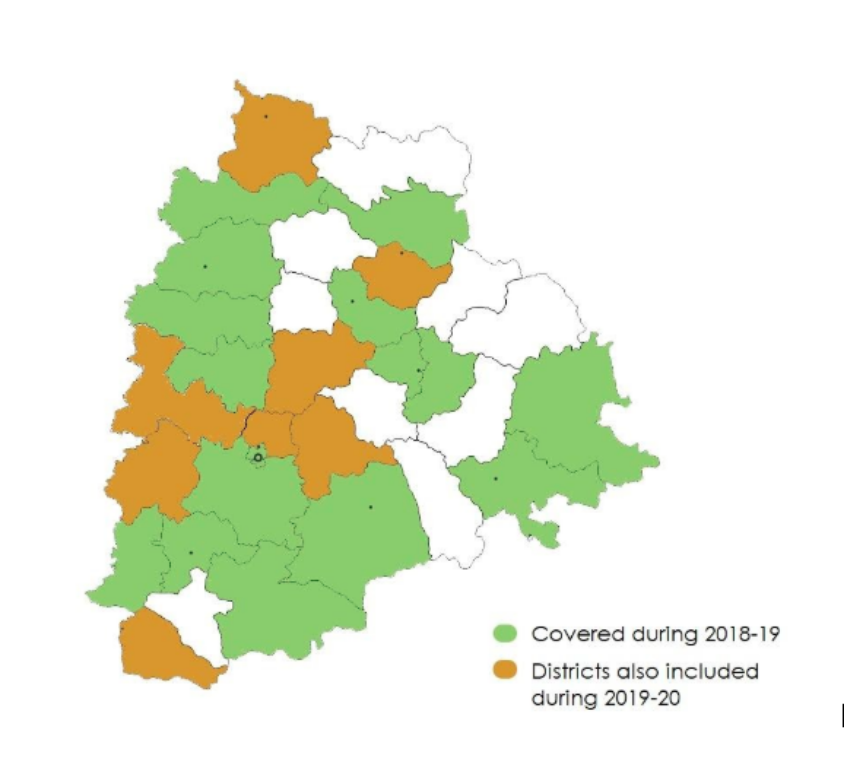 With projects like Mission Code, government schools kids are also able to join the ever increasing student coders family.